Troop 466 mourns the passing of one of our former Asst. Scoutmasters: Joseph w. Brannan.

Mr. Brannan was an Asst. Scoutmaster with the troop for a number of years and his son earned the rank of Eagle during this time.

From the obituary posted at Collins Funeral Home:

On January 15, 2021, Joseph William Brannan, Jr., of Silver Spring, MD, passed away peacefully after a brief illness surrounded by his wife and children.

Joe was born on January 16, 1941 in Washington, DC. Son of Joseph William Brannan, Sr. and Mina Lucille Jackson. He was predeceased by his daughter, Lori Kristine Brannan, his parents, and his brother, James Thomas Brannan. He is survived by his wife, Roberta “Lynn” Brannan, of Silver Spring, MD, his daughter, Lori’s two children, Kimberly Smith and Kaitlyn McKinley, daughter Stefani Jo Harvey (Brandon) of Grand Prairie, TX, son Matthew James Brannan (Kira) of Ijamsville, MD and their two children, Mateus and Aryanna, and his sister, Jane Brannan Kendrick of Bay Harbor Is, FL.

Joe graduated from Mackin High School, Class of ‘58. Following his graduation, he entered Civil Service at the Army Map Service in Bethesda, MD which later became Defense Mapping Agency and National Imagery and Mapping Agency. He worked there during the Bay of Pigs incident in 1961, providing much needed support for the Armed Services. He retired in 1998 after 38 years. He worked as a cartographer, photographer, imagery analyst, and computer programmer throughout his career there. 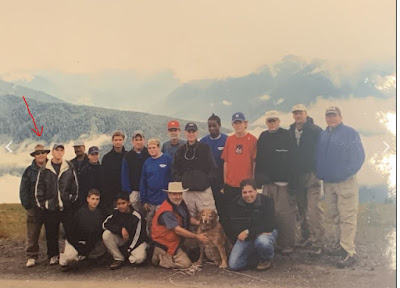 This year, as with previous years, we will conduct a Christmas Tree Sale.  However, due to COVID, things will be a bit different.

Here is what you need to know:

Tree pick-up will begin on Saturday, December 5th and Sunday, December 6th, as well as, Dec. 12th and Dec. 13th.
Note: We cannot guarantee that there will be trees available for walk-in sales.  However, please watch this website for further announcements.
We thank you for all of your support over the years and thank you in advance, for your understanding during this time.
If you have any questions, please contact us at mcarelli954@gmail.com 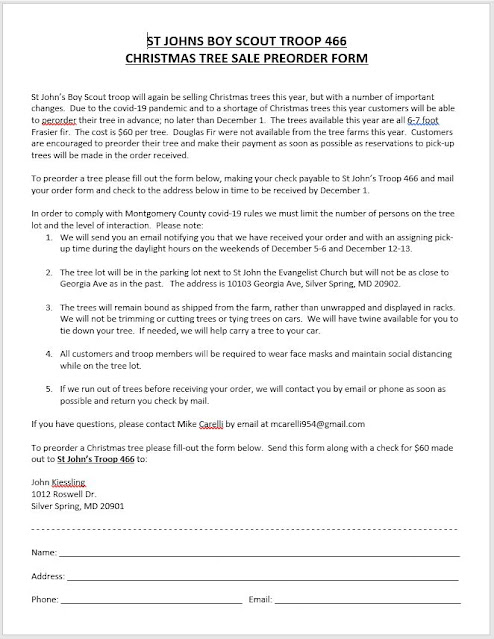 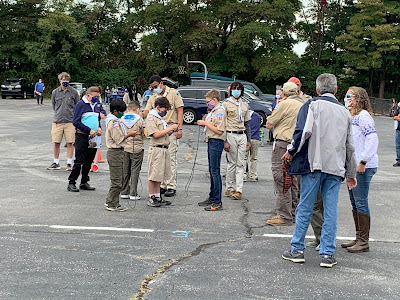 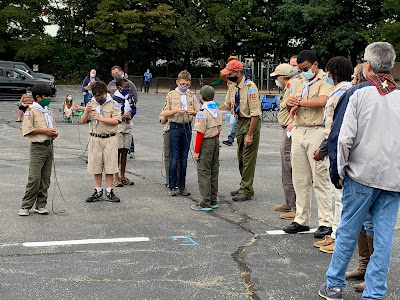 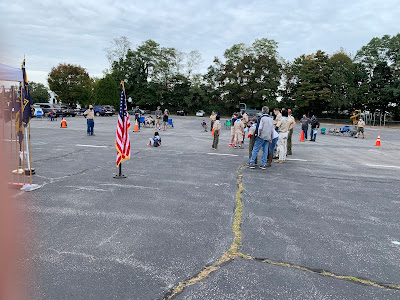 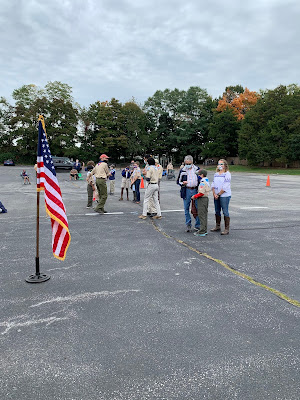 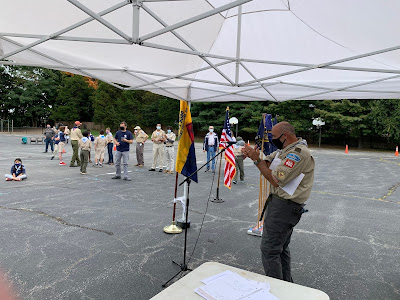 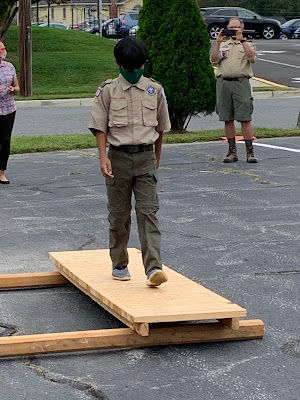 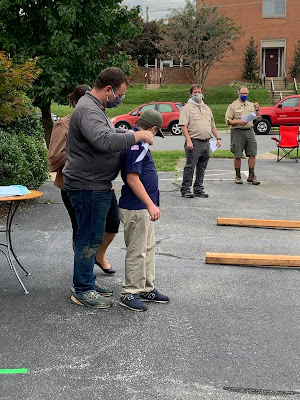 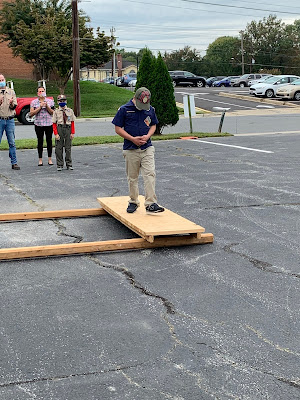 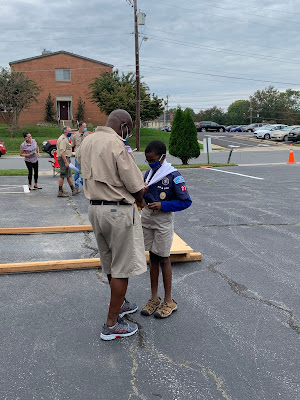 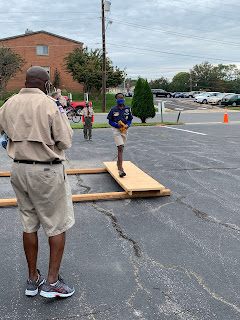 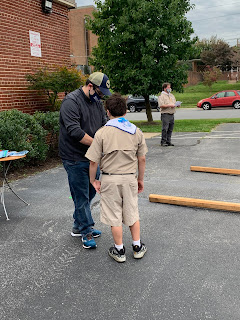 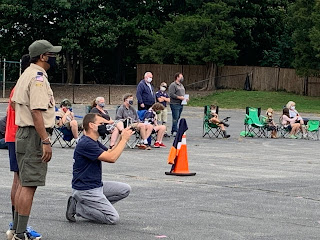 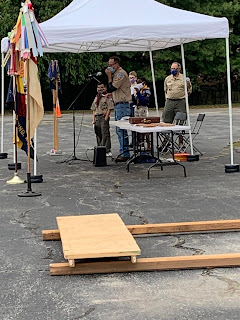 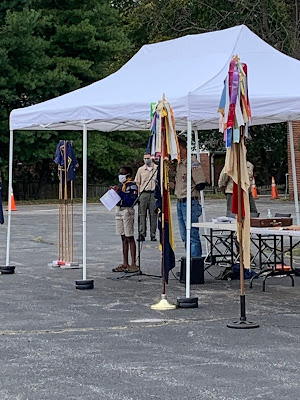 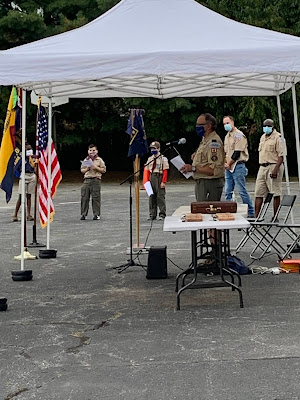 Due to COVID, it has been a long time since we met in person.

A number of camping trips, hikes and even summer camp was cancelled.

However, after some discussion, we had a Bridging Ceremony with Pack 23 and Pack 466.  A total of eight (8) Webloes bridged.   We will put out a series of photos from this event. 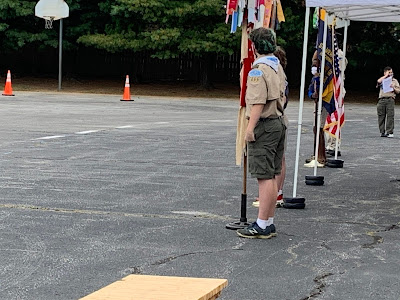 Boy Scout Troop 466
Silver Spring, Maryland, United States
Sponsored by St. John the Evangelist Catholic Church (10103 Georgia Ave., Silver Spring, MD) for 60 years. We meet every Monday night from 7pm to 8:30pm in the Kennedy Room (located on Woodlawn Dr.), except during July, August and December. Come and experience what Boy Scouting is all about. If you have any questions, just drop us a line at NCACTroop466@gmail.com